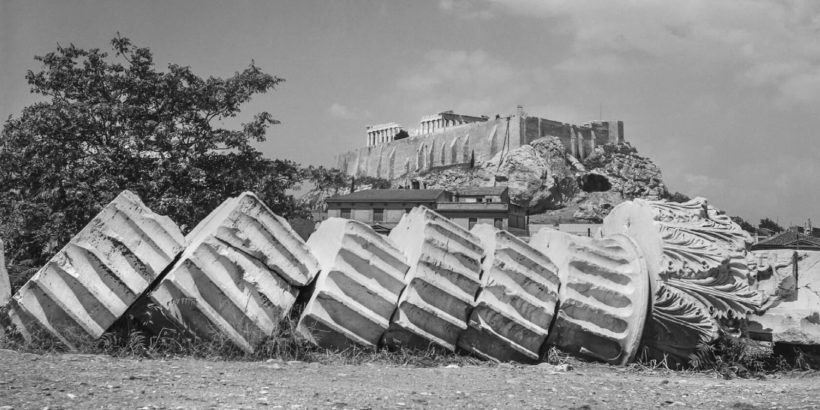 The fallen column at the Temple of Olympian Zeus in Athens with the Acropolis in the background. Photograph: Robert McCabe
Where: Archaeological Society of Athens
When: On now – 31 October 2019
Why Go: Historical insights of Greece in the 1950s through the lens of a great philhellene

An exhibition of photographs by American photographer and philhellene Robert McCabe marks the 180th anniversary of the Archaeological Society of Athens. 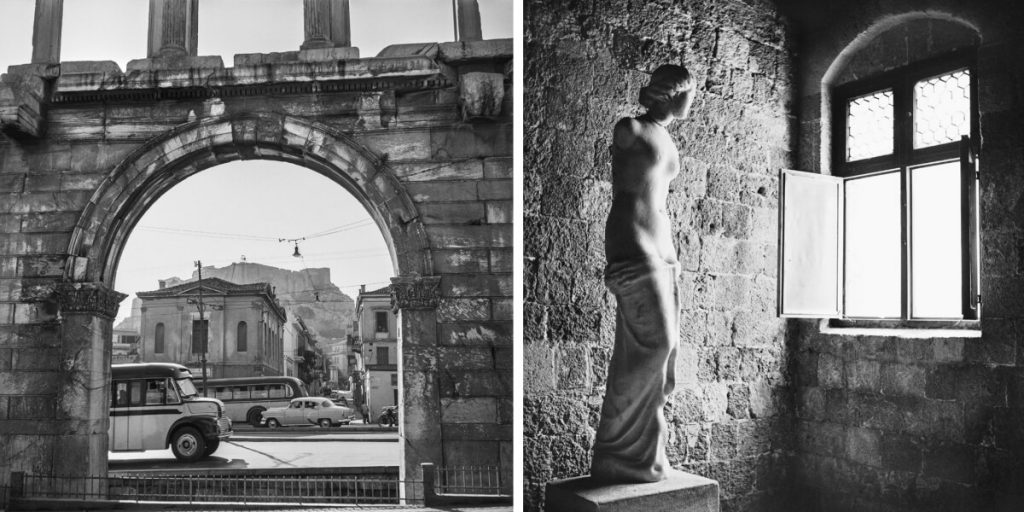 The presentation, “Chronography – An Exhibition for the 180th Anniversary (1837-2017) of the Archaeological Society” includes 53 black and white photographs taken between 1954-55 in regions of Greece of archaeological significance including, the Acropolis, the Ancient Agora, Sounion, Knossos, Santorini, Mycenae, Epidaurus and Delos.

McCabe first came to Greece in the summer of 1954 when he was a student at Princeton University. It was following this trip that he took many of the photos on display. McCabe’s work in black-and-white film is recognised for its artistry and expressiveness. 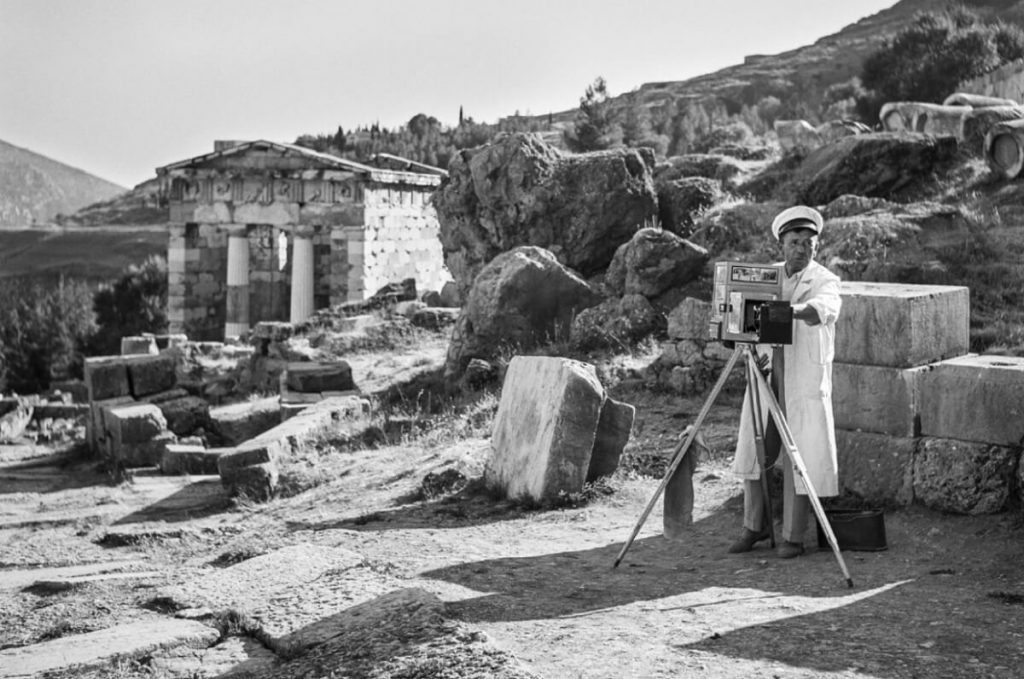 A photograph from Delphi taken during one of McCabe’s exhibitions.

The exhibition aims to honour the Archaeological Society for its work over the last 180 years. Visitors will see evocative and historically significant photos of places such as Santorini as it appeared before the 1956 earthquake and the ancient theatre of Epidaurus before its major restoration in recent years.

Robert McCabe was born in Chicago in 1934 and grew up in the New York City area. His first photographs of Europe were the result of a trip in 1954 to France, Italy and Greece while he was an undergraduate at Princeton. McCabe returned to Greece in 1955 and 1957 and travelled extensively in the Aegean, shooting with a Rolleiflex and Plus-X film. 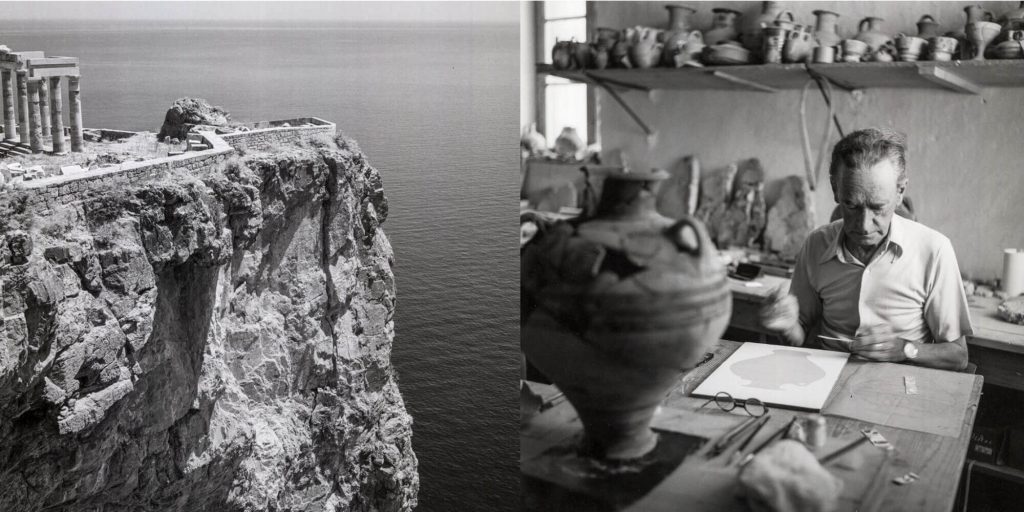 Left: A photo of the archaeological site of Lindos on Rhodes. Right: Robert McCabe at his studio in Greece

His bestselling book, ‘Greece: Images of an Enchanted Land’ (1954-1965) was published in the United States and in Greece and is currently in its fourth print edition. His photographs of Greece have also appeared in numerous books by other authors and his works are represented by galleries in the USA, France and Greece. He lives and works in the United States, Greece and France.

The exhibition is realised with the support of the Samourkas Foundation.