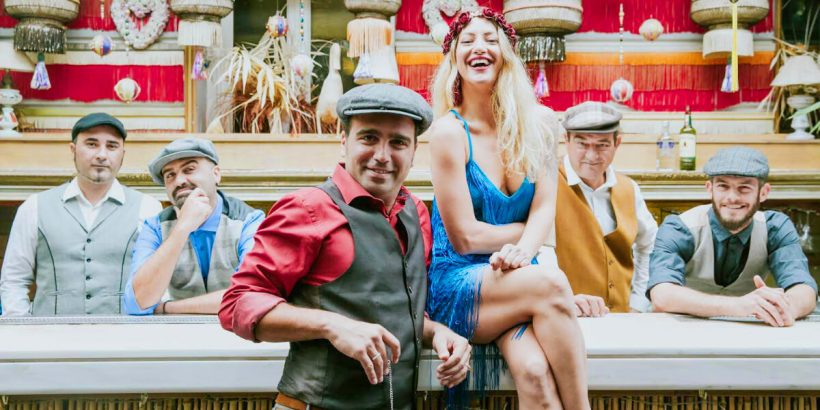 The Swingin Cats. Photograph: Mariza Kapsabeli/courtesy of the band
Where: Gazarte in Gazi
When: Wednesday's - POSTPONED
Why Go: A night of swing and rock n 'roll music

Panos Mouzourakis, Giannis Zouganelis, Sakis Boulas, Marietta Fafouti make up this ensemble who have spent nearly 10 years in the Greek music scene, with hundreds of appearances at venues and festivals across Greece and abroad, working with prominent Greek artists along the way including, Elena Paparizou and Dionysis Savvopoulos among others.

Expect an upbeat night out with retro-atmospheric dance music with Greek and international influences.

THE SWINGIN’ CATS at Gazarte