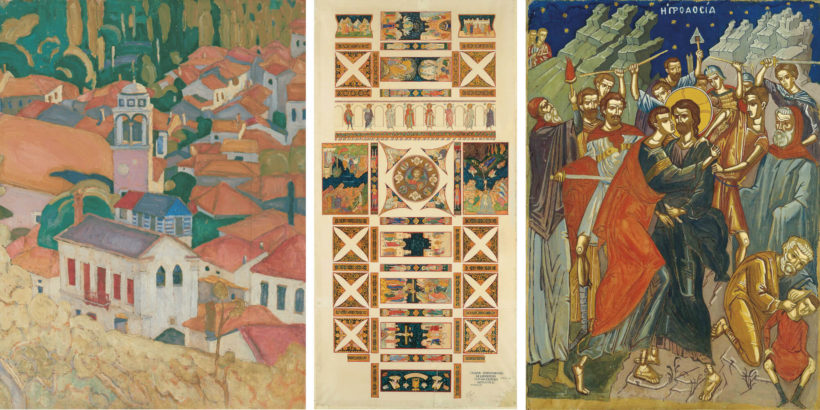 Where: Theocharakis Foundation
When: On now - 30th October, 2016
Why Go: To see major works in Greek modern art

Spyros Papaloukas (1892-1957) was a major Greek painter of the first half of the 20th century, known for his modernist icon paintings and light-filled landscapes. Some 130 his most important works are on display at the Theocharakis Foundation latest exhibition ‘Synopsis’ until the end of October.

Together with contemporaries such as Yannis Tsarouchis, Photis Kontoglou and Nikos Engonopoulos, Papaloukas looked to Greece’s past, particularly to Byzantine and folk art, to develop the “Greekness” of the country’s modern art movement. Born in the village of Desfina, just south of Delphi, Papaloukas’ talent was recognised early. He painted his major work ‘Great High Priest’ and entire iconostasis at the village’s Agios Demetrios church at the age of 17. He went to Asia Minor in 1921-22 as a war painter, and continued to hone his craft in the 1930s and 1940s, when he also co-founded the intellectual magazine Trito Mati (Third Eye). He was appointed director of the Athens Municipal Art Gallery and led the National Theatre during WWII. In the 1950s he participated and received awards in state sponsored exhibitions in Egypt, Belgium, Yugoslavia, Italy, Canada, the US, the Netherlands and Sweden. In 1956 he became a fine art professor but died a year later, at the age of 65. A square near his studio in the Athens suburb of Patissia, was renamed in his honour.

B&M Theocharakis Foundation for the Fine Arts and Music