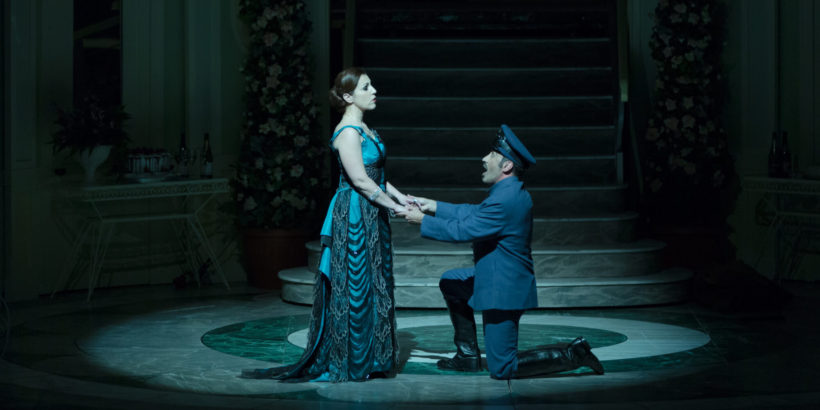 One of the most popular Greek operas by Theophrastos Sakellaridis returns to the Greek National Opera for seven performances. The Godson or ‘O Vaftistikos’ is considered a modern work of Greek culture, Sakellaridis penned the prose and lyrics. Director Simos Kakalas is expected to renew this Athenian operetta and reinvigorate the comedic elements of the story. The plot centres around a series of comical misunderstandings and misdemeanours of the central character Petros Charmidis, a soldier stationed at the warfront, who pays a visit to Vivika who is part of Athenian high society. Petros convinces her that he is her long lost godson, however his estranged wife turns up rather unexpectedly to potentially blow the lid on who he really is. A series of hilarious events follow. Yiannis Christopoulos leads the cast in the role of Petros Charmidis.

The performance will feature the orchestra, chorus, soloists and ballet members of the Greek National Opera. Conducted by Yorgos Aravidis and Andreas Pylarinos. Agathangelos Georgakatos is chorus master.

The Godson premiered 98 years ago at the Greek National Opera and eventually became a part of its regular programme. It will be one of the last productions of the season to perform at the Olympia Theatre before moving to new facilities at the Stavros Niarchos Cultural Centre in early 2017.