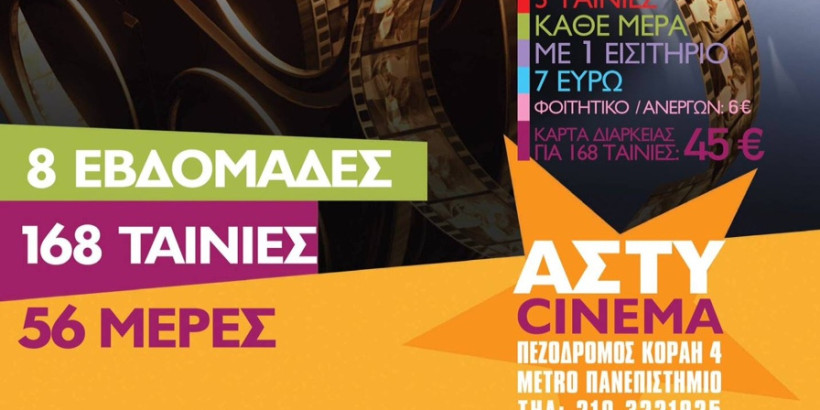 Where: ASTY Cinema, central Athens
When: 12th May – 6th July 2016
Why Go: To re-live some of the classic moments in cinematic history

168 legendary movies will feature over eight weeks at the annual Tainiorama film festival presented by ASTY cinema house. Now in its 25th year, the movie schedule is a repertoire of the classics including the film adaptation of Henry Miller’s book Quiet Days in Clichy, Brian De Palma’s Femme Fatale and the dynamic duo Jerry Lewis and Robert De Niro starring in Scorsese’s The King of Comedy.

Three films will be shown each day at the historic ASTY cinema house. Built in 1938, the cinema maintains many of its original features from 78 years ago and upholds a long tradition of bringing foreign films to Athens.

Phone ahead for daily programme or visit ASTY’s Facebook page