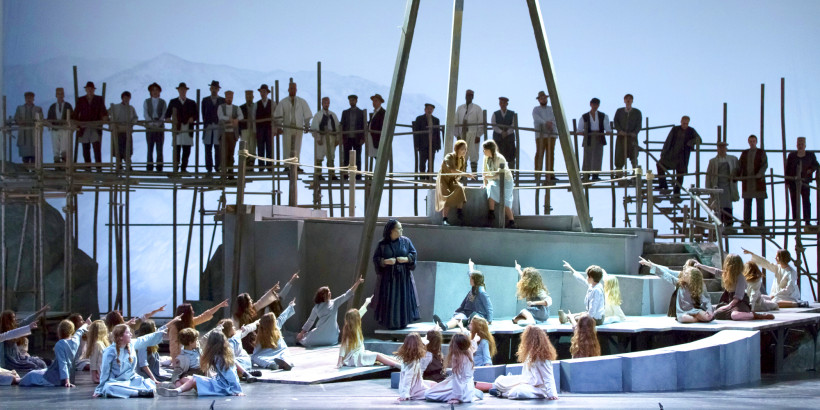 The Murderess is a new opera by Greek composer Giorgos Koumendakis. Staying true to the spirit of the original text, Koumendakis has created a new musical space for his operatic heroine Frangogiannou to exist in.

Due to popular demand, the story of Frangogiannou will be repeated for four performances on the rotating stage of Alexandra Trianti. Set somewhere in between the divine and the human, the story is influenced by Greek folk tradition. Based on the famous novel of Alexandros Papadiamantis that was written around 1902. Frangogiannou tries to face the world with courage but often loses herself in her own thoughts. She is a middle-aged woman, who has spent her life serving her parents, husband and children and is tired of the demeaning position of women in society. She is convinced her mission in life is to make all girls disappear. Starting with her own granddaughter and moving on to others, she ends up tragically at sea after being prosecuted by authorities.

Irene Tsirakidou and Julia Souglakou share the lead role of Fraggogiannou. The production is directed by Alexandros Efklidis and music direction by Vassilis Christopoulos. The Orchestra, Chorus and Children’s Chorus from the Greek National Opera will also perform.