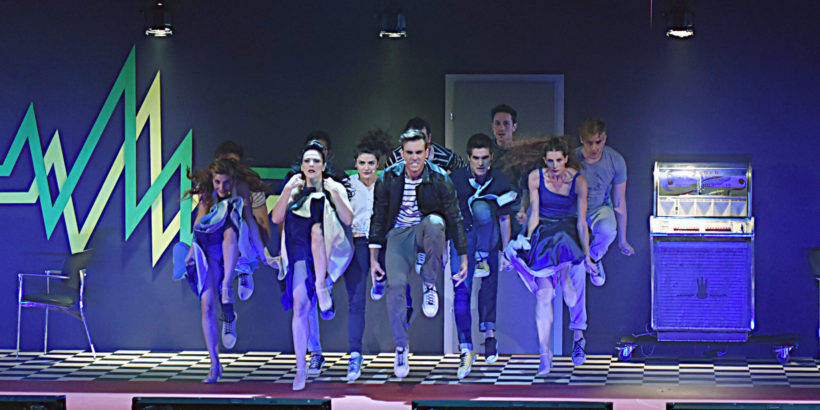 Performances supported by the Greek Ministry of Culture and Sport. ABOUT WEST SIDE STORY

West Side Story is a modern adaptation of Shakespeare’s Romeo and Juliet which takes place in a rough neighbourhood set in 1950s New York. Cross-cultural lovers are caught in the cross-fire of rival teenage street gangs. It was one of the longest-running musicals on Broadway and London. The jazzy Latin score by Leonard Bernstein, lyrics by Stephen Sondheim and script by Arthur Laurents. The 1961 film adaptation starring Natalie Wood won ten Academy Awards, including best picture.

WEST SIDE STORY in Athens