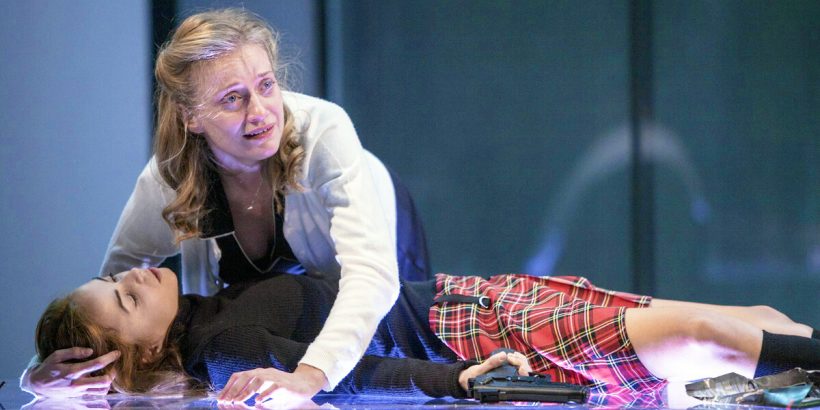 Where: Poreia Theatre, Athens
When: On now – 3 June 2018
Why Go: See one of Ibsen’s theatrical masterpieces

The Wild Duck by Henrik Ibsen, is a tragi-comedy about our life-lies and our meta-virtues, as well as our relationship to nature. Gregers returns to his hometown after years away, having developed in the interim his philosophy of life, which can be summarized as: struggle to achieve truth, no matter what it takes. When he returns, he reunites with his childhood friend, Hjalmar Ekdal, who imagines himself a grand and forceful personality, blissfully happy in his marriage and living a harmonious, peaceful family life. Gregers finds fertile ground to implement his philosophy, with catastrophic results for the Ekdal family.

An intricate production of fourteen actors, directed by Dimitris Tarlow, who is also responsible for the Greek translation (based on the original text by Erie Kirjia). Tarlow provides a modern portrayal of the text, inserting filmed parts on three cinematic screens, that tie in with the action on stage.

One of the greatest thinkers in the world of theatre, Henrik Ibsen gives his take on life’s timeless and universal conundrums in “The Wild Duck”, full of poetry and symbolism, where none of the leading characters evolve into a romantic hero.

Why Athens Tip: The play is presented in Greek with English subtitles every Friday evening at the Poreia Theatre in Athens, as part of the theatre’s new initiative to reach wider audiences.

‘Our goal is to always speak the vivid theatrical language of today’s world.’ – Dimitri Tarlow

Founded in June 1998 by director, actor and translator Dimitri Tarlow, the Poreia Theatre company offers an eclectic repertoire. The theatre has staged a wide variety of plays, new or previously unproduced in Greece, such as R. Kalinoski’s Beast on the Moon, or Sarah Ruhl’s Eurydice, classical masterpieces such asGogol’s Marriage, or Chekhov’s Three Sisters, modern American drama such as D. Mamet’s Glengarry Glen Ross, The Woods and Oleanna, or Sarah Kane’s Blasted. It has also staged plays based on Greek classical or contemporary novels, such as Longus’ Daphnis and Chloeand M. Karagatsis’ The Great Chimeraalong with ancient Greek tragedy such as Euripides’The Bacchae. Many important directors like O. Koršunovas, C. Grauzinis, R. Jett, Y. Houvardas, S. Livathinos, have taken posts at the theatre.

THE WILD DUCK by Henrik Ibsen

With English subtitles, every Friday evening