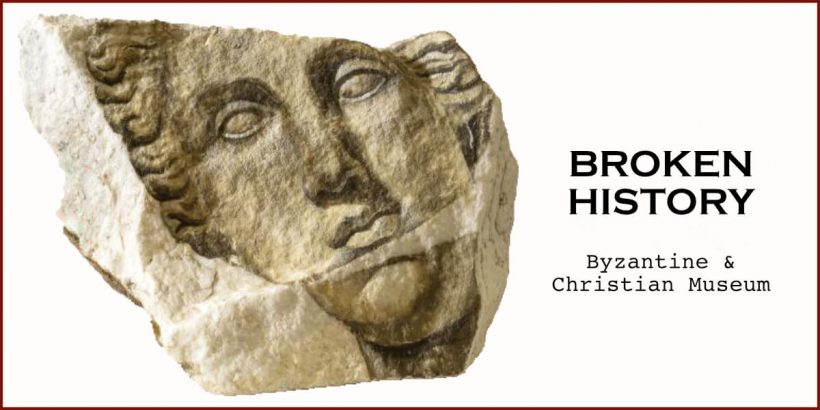 Where: Byzantine and Christian Museum
When: On now to 28 June 2019
Why Go: Street art meets ancient art

Broken History is a series of works by Greek painter and Athens School of Fine Arts professor Pavlos Samios presented at the Byzantine and Christian Museum in Athens.

The exhibition examines Greek history and ancient myths with 66 large scale works on cardboard that contrast between ancient art and street art representing the past and the present. 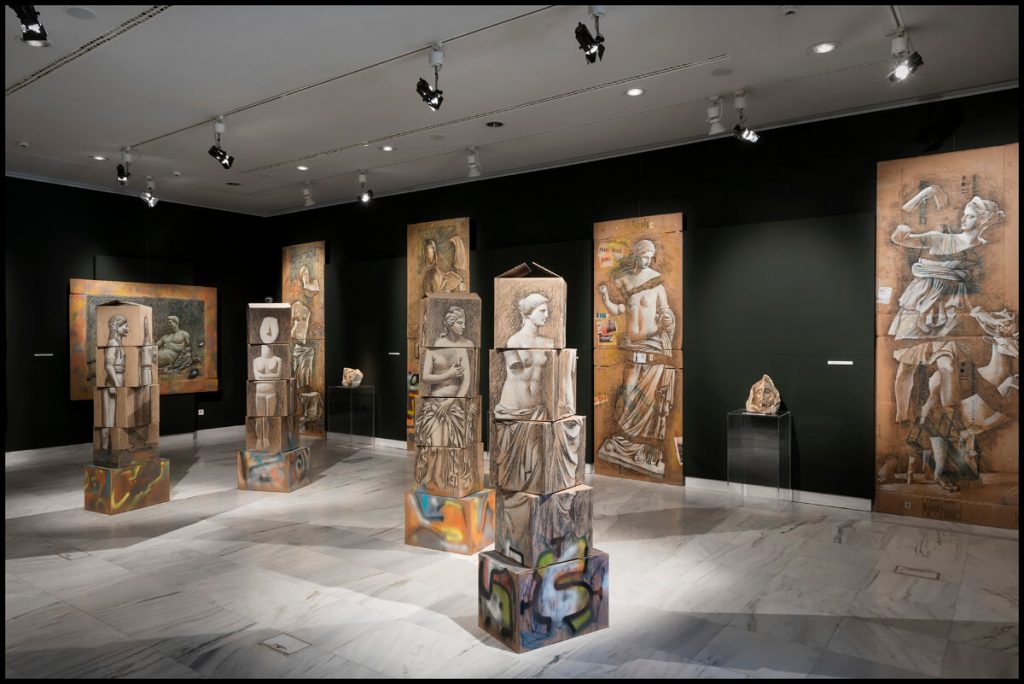 A selection of Pavlos Samios’ works on display at the Byzantine and Christian Museum in Athens.

Born in Athens in 1948, Pavlos Samios began drawing and painting at an early age, helping his shoemaker father in his workshop. Religious painting captivated him early on and was eventually admitted to the Athens School of Fine Arts.

He was taught drawing by Nikos Nikolaou and painting by Yannis Moralis. A great teacher of his was also the painter Yannis Tsarouchis, whom he met in Paris in the 1970s. During that time, he was a member of the group of artists and intellectuals who frequented the “Magic Flute” restaurant in Athens. 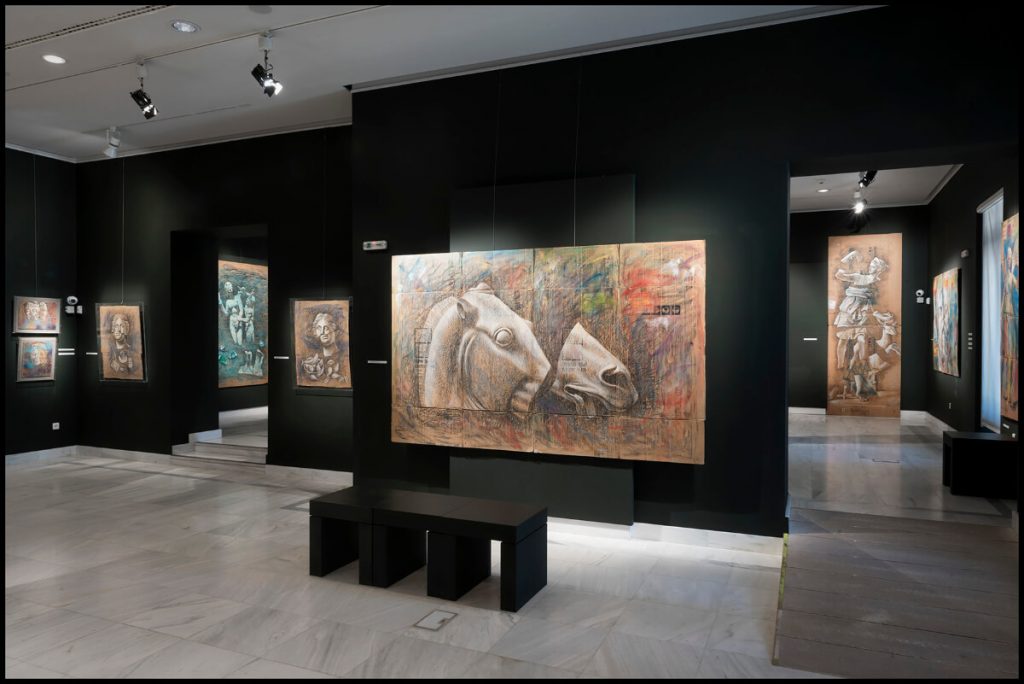 A selection of Pavlos Samios’ works on display at the Byzantine and Christian Museum in Athens.

There he met the great composer Manos Hadjidakis, a master of the word and privy to the needs of young people, he encouraged him to think freely. In 2000 he was elected professor at the Athens School of Fine Arts (Traditional Painting Workshop: Fresco – Byzantine icons – Manuscripts). He has painted many chapels using the fresco technique and has shown his work in 70 solo exhibitions, participating in major group exhibitions in Greece and abroad.

22 Vasilissis Sofias (click on the address for a map)