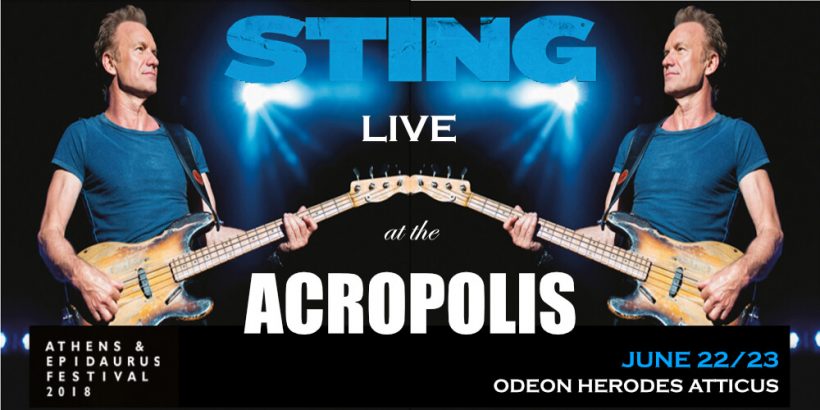 Sting will perform two concerts as part the annual Athens and Epidaurus Festival in what will be one of the most memorable concerts held at the Odeon of Herodes Atticus, an iconic venue more than 1800 years old, that lies beneath the slopes of the Acropolis.

Performing on this majestic stage for two nights only, composer, singer-songwriter, actor, author, and activist Sting was born in Newcastle, England before moving to London in 1977 to form The Police with Stewart Copeland and Andy Summers. The band released five studio albums, earned six Grammy Awards and two Brits, and was inducted into The Rock and Roll Hall of Fame in 2003.

Throughout his illustrious career, Sting has sold close to 100 million albums from his combined work with The Police and as a solo artist. He has individually received 10 Grammy Awards, two Brits, a Golden Globe, and an Emmy. His latest album, 57th & 9th, was released in November 2016.

The venue: Odeon of Herodes Atticus 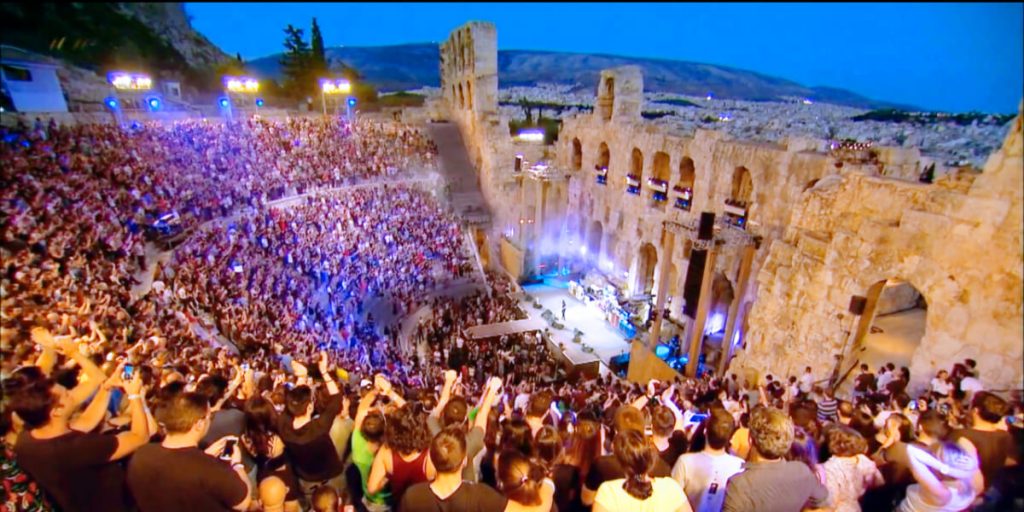 With a capacity of 4,680, this outdoor odeon is a venue with exemplary acoustics and historical significance. This is the second time in its entire history that a rock band has been allowed to perform on its stage, usually reserved for operas and Greek tragedies. The Foo Fighters performed here in the summer of 2017 in what was an unprecedented and historic event.

The Athens and Epidaurus Festival is the city’s annual arts festival and a highlight of the Greek summer calendar. With a legacy that spans more than sixty years, today it incorporates a full programme of music, theatre, dance and visual arts that takes place at various venues around the city. 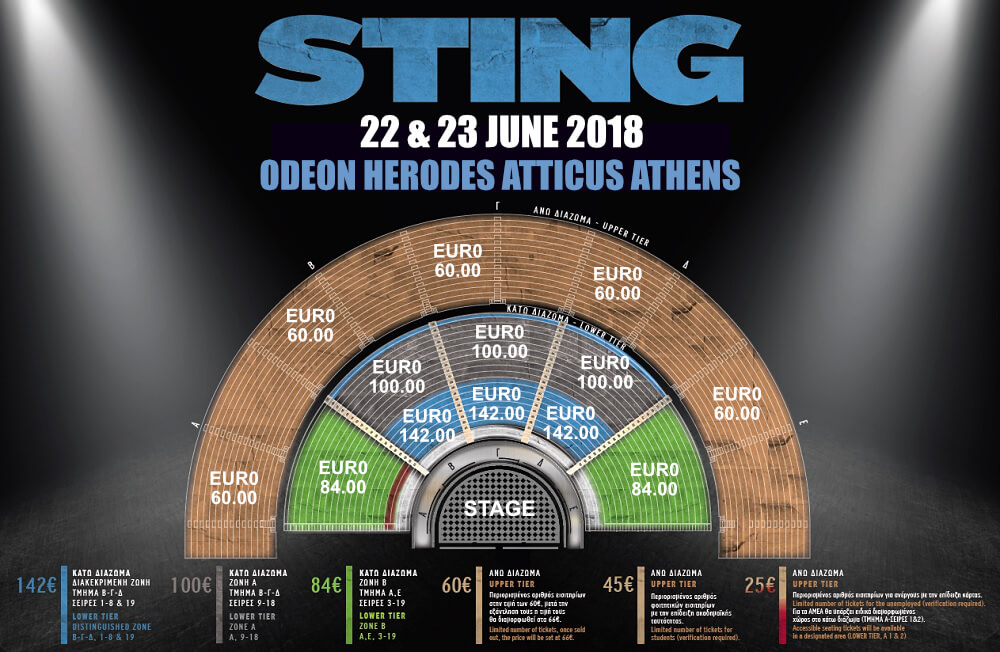 Thursday 25th January at 10am (Greek local time) EXCLUSIVE PRE–SALE FOR STING.COM FAN CLUB MEMBERS STARTS – Find out details here about accessing tickets via the fan club. *Note that the Fan Club requires a fee for joining and within the Fan Club a ticketing link is provided through to a purchase page for the concert

Friday 26th January at 10am (Greek local time) General Public PRE-SALE Begins at TICKETHOUSE.GR (a division of Ticketmaster) * Note you will need to create an online account with TicketHouse.gr in order to purchase tickets. We advise to create this account in advance of the Pre-sale to avoid disappointment as the system may be busy for the initial ticket opening.

A Limited number of specialty tickets will be available at the Upper Tier for:
** Upper Tier 60€

You will be able to click on the seating plan via the TicketHouse.gr website in order to choose your seat.

Tickets, once purchased will be sent to your email address and will need to be printed from a computer.

For any queries or assistance, please direct your questions to the Tickethouse.gr website or to the event promoter Didimusic.gr

STING LIVE AT THE ACROPOLIS