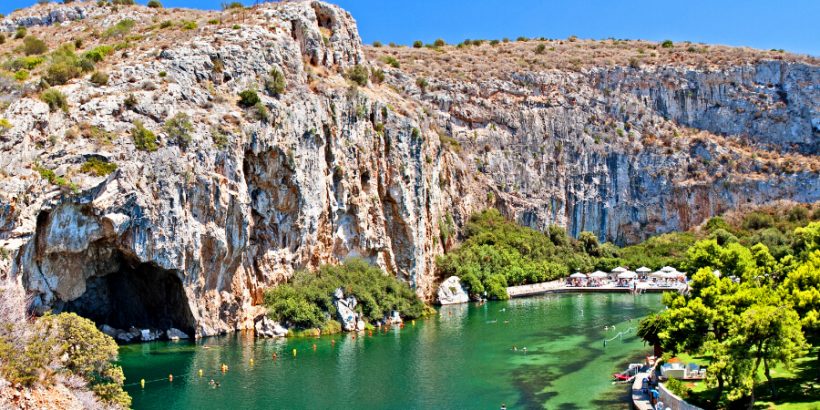 A musical evening entitled Tales and Magic takes inspiration from the natural environment of Lake Vouliagmeni – a limestone cavern that wraps around a lake in the southern seaside suburb of Vouliagmeni, approximately 25 minutes from the centre of Athens.

The Thessaloniki State Orchestra will perform against this enchanting landscape, inspired by fairy tales and musical heroes, under the direction of Dionysis Grammenou, with soloist and internationally renowned pianist Anna Fedorova.

Orchestra director and solo clarinetist Dionysis Grammenos has been recognized worldwide as one of the most charismatic artists of his generation. He won the “European New Music of the Year” in 2008, co-operating with the Vienna Symphony Orchestra at the opening ceremony of the Wiener Festwochen. In 2013, he was the first Greek orchestra conductor invited to participate in the Aspen Music Festival in America. He has regularly performed at Carnegie Hall in New York, Barbican Centre in London and other iconic venues around the world. He has been honoured with the Leonardo da Vinci World Art Prize and the Athens City Gold Medal for his music services.