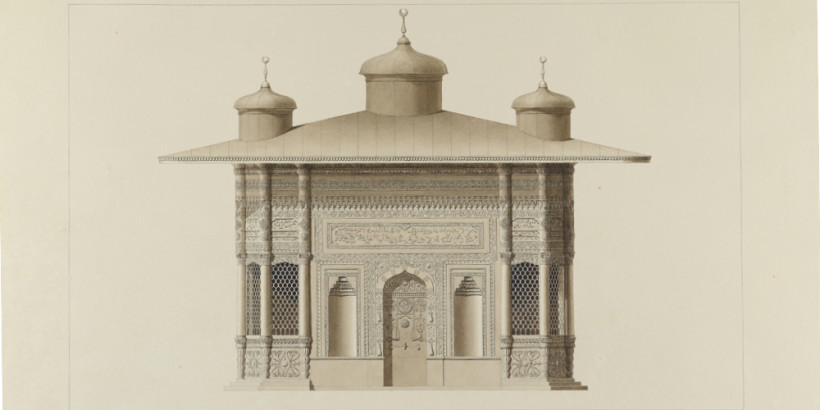 View of the fountain at the entrance of the Topkapı Palace, watercolour on paper. Photograph: courtesy of the Benaki Museum
Where: Benaki Museum of Islamic Art
When: On now - 25th September 2016
Why Go: For an insight into the travels & work of Thomas Hope

The great Thomas Hope was inspired by his grand tour of Greece, Turkey and Egypt during the last quarter of the 18th century. During his stay in Ottoman Istanbul, he produced some 350 drawings depicting the people and places he witnessed in the Ottoman Empire, a collection that can be found at the Benaki Museum. Sixty of these drawings will be presented at the latest exhibition Drawings of Ottoman Istanbul, depicting palaces, mosques and architectural details in which Hope observed. The Apartments of the Queen Mother in the summer palace, watercolour on paper. Photograph: courtesy of Benaki Museum

Hope was a wealthy Dutch and British merchant banker, author, philosopher, furniture designer and art collector. He became known for his novel Anastasius along with many books he wrote on decoration and furniture. He helped define the Regency style of English decorative arts and his work helped to increase public awareness of historical painting and design. He was an avid collector of European art, sculptures and antiquities.