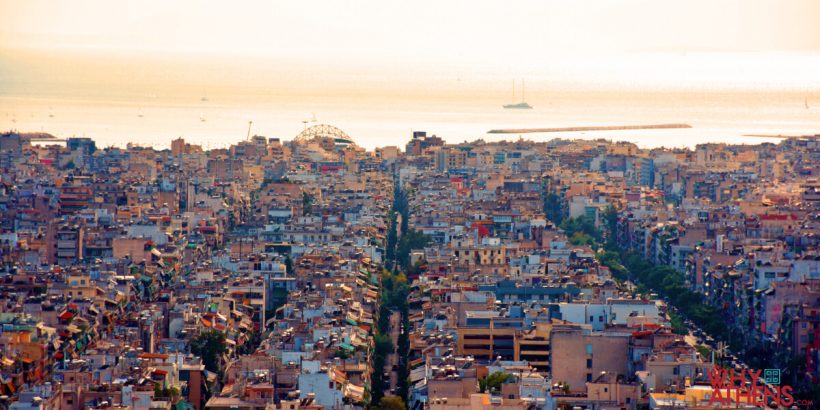 Looking out across Athens from Philopappos Hill. Photograph: Why Athens

When you look at modern Athens from above it’s a hotchpotch of boxy concrete blocks with bad patch up jobs. Redundant air conditioning systems and satellite dishes line the skyline perched upwards as if praying for an intervention.

On the ground, it doesn’t improve. Broken narrow sidewalks force you to leave your sexy shoes at home and have you and your partner walking in single file the majority of the time. Imposing, crooked poles hold up signs that no one will bother to read, let alone obey.

There’s no denying it, Athens has become an eyesore. It’s a city that has been unable to sew a coherent visual path. There’s a sense of impermanence and impulsiveness everywhere. Holes in walls are turned into makeshift car parks that are waiting to be bought and re-developed. 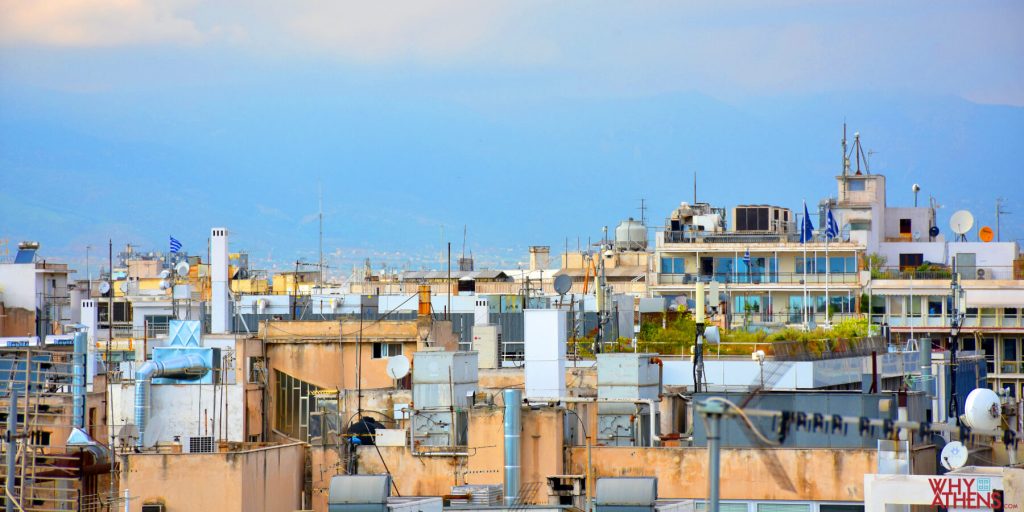 A rooftop view of modern Athens. Photograph: Why Athens

Big ambitious construction projects ended after the Olympic games in 2004, leaving a ten-year development hiatus. The lead up saw a reinvigoration programme that boosted the city’s transport and infrastructure, as well as providing a world-class international airport.

What has brought modern Athens to this point, where in the 21st century it appears, for the most part, stuck in a visual time warp? The answer is complex and the sum of many parts.

The two decades between the ‘50s and early 70’s left the most visible stamp but it began in 1922, when the collapse of Smyrna [in Turkey] on the Eastern Front brought thousands of immigrants to the city.

By the late ‘50s and ‘60s a further mass exodus from surrounding provinces descended on the city, following the Second World War and a three-year civil war. There was an immediate need for jobs and greater housing.

With no structured plan put into place or any consideration given to conservation, the next 20 years saw a tragic destruction of many of Athens’ neoclassical buildings. Most were less than 100 years old and built following Greece’s independence in 1830. They were replaced by large cement apartment blocks that became known as ‘polykatikia’. A new face of Athens had emerged. 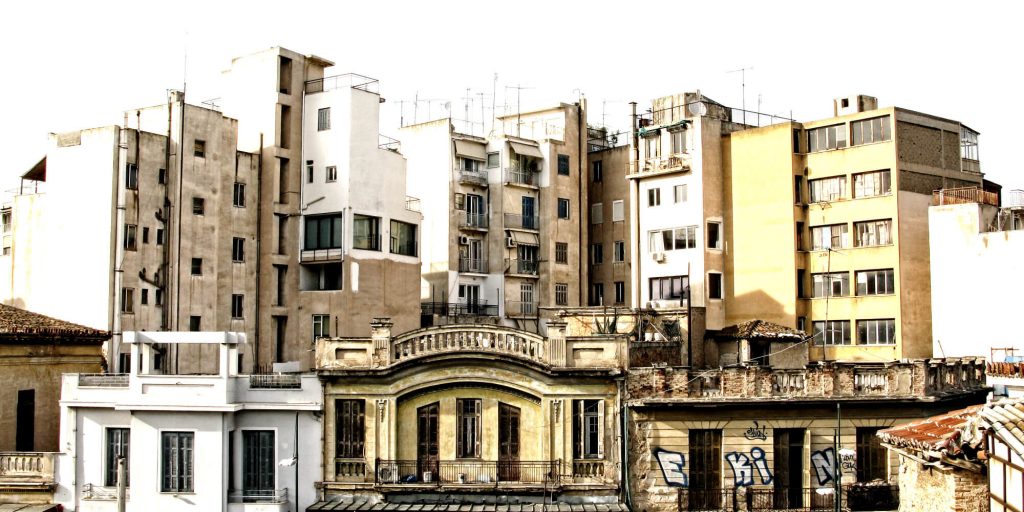 Evidence of the old ‘polykatikia’ in Athens Photograph: Nikos Kokkas

Much of the polykatikia were built on the basis of the ‘antiparohi’ system, where the owner of a piece of land could turn over his property to a contractor who would put up the money for the construction of an apartment block and in exchange would receive a certain number of apartments from the development. Sadly, it led to the brutal destruction of many old private houses.

By the 1960s, the major destruction of Athens’ architectural heritage was complete, with many of the remaining buildings finished off during the seven-year military Junta that seized power after the coup of 1967.

Despite this concrete jungle, the archeological and cultural landmarks remain as shining beacons and reminders of the city’s greatest accomplishments. The Acropolis, the Parthenon and the Theatre of Dionysos are just some examples that survived all the symptoms of wars, occupation and natural disasters.

Ironically, a Greek architectural revival began spreading throughout Europe at a time when Greece was being held back under Turkish occupation. The Greek capital missed the European Renaissance that it had greatly inspired. It was only after its independence in the period of 1830-1910 when some of the greatest buildings around the city were erected. 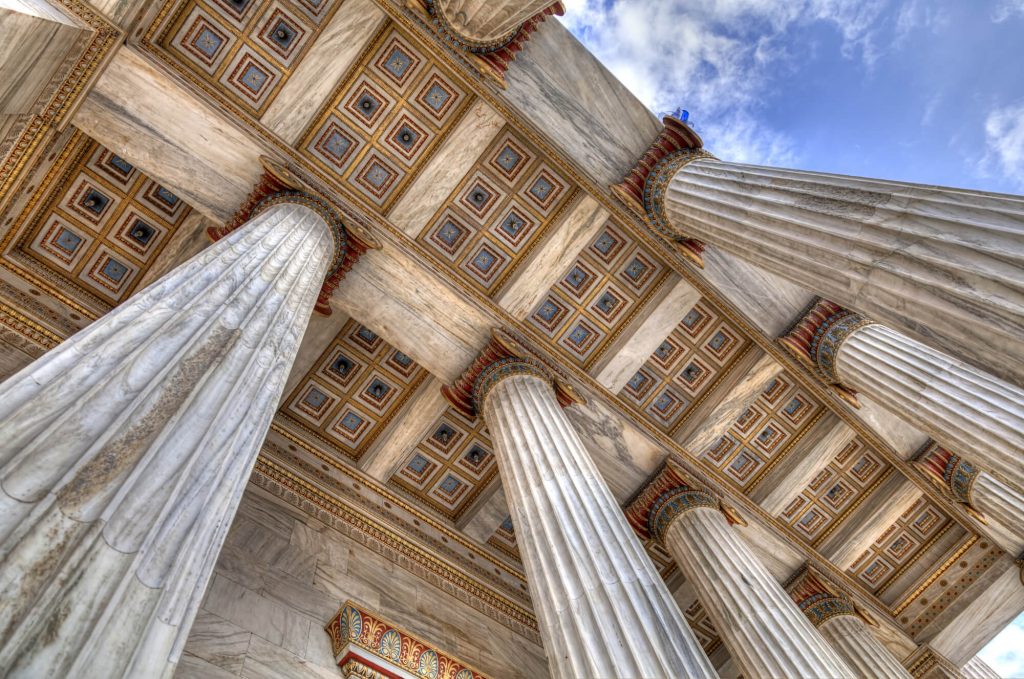 The Academy of Athens on Panepistimiou Ave, the National Theatre on Agiou Konstantionou St and of course Greek Parliament that sits above Syntagma Square, are all fine examples.

Looking ahead, there are some ambitious plans afoot and many might argue will continue, as opportunists descend on the city amid the economic crisis. The completion of the Stavros Niarchos Foundation Cultural Center designed by Renzo Piano, includes new facilities for the National Library of Greece, the Greek National Opera as well as the creation of the 170,000 square metre park that is one of the largest green spaces in Athens. Another sign of progress lies with the National Museum of Contemporary Art that has taken up permanent residence in the restored Fix beer brewery. 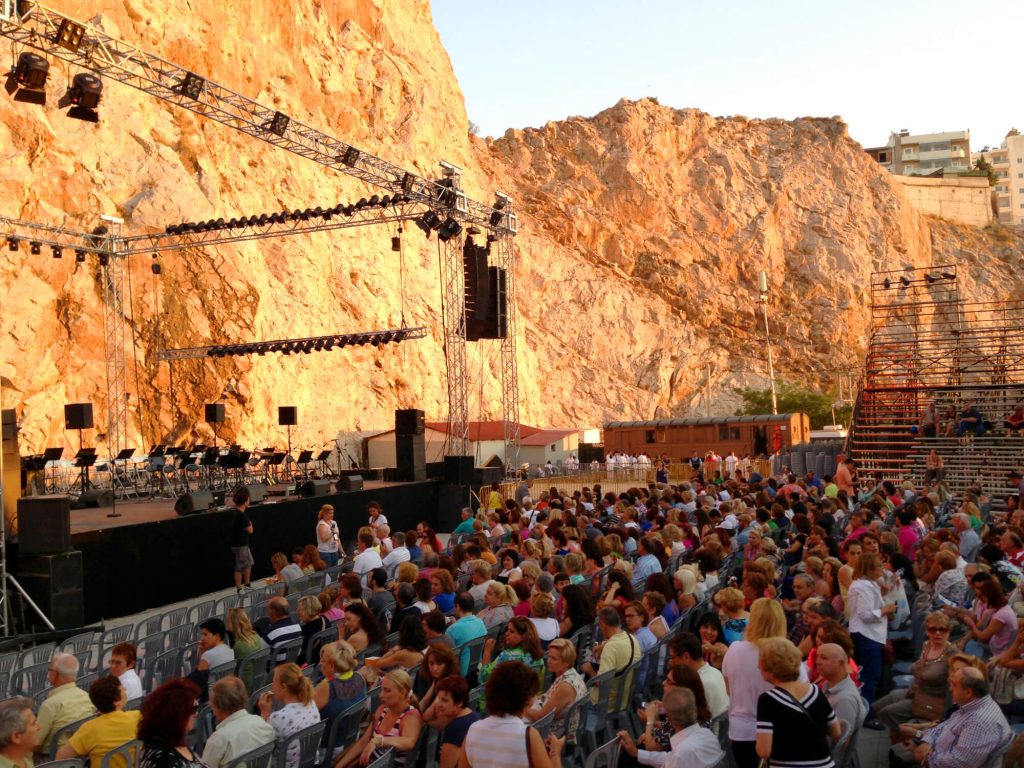 Outdoor squares transform into amphitheatres around Athens. Photograph: Why Athens

Today, the essence of the city lies in its neighbourhoods that come alive in summer, attracting us from all over the world, not for their aesthetic beauty, but for their spirit, their food, their music, their buzzing “plateia” and outdoor cinemas. Modern Athens may not be pretty, but it’s a city offering some of life’s best experiences. 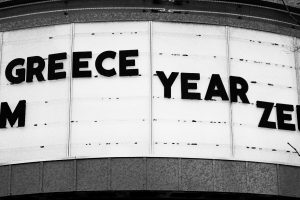 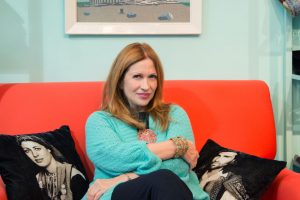 Greece is light for Queen Calliope